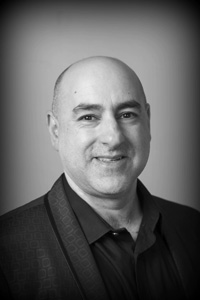 John was raised listening to stories about his father’s childhood in a Cypriot mountainside village. He heard about how his grandfather looked after his family of nine by raising an assortment of animals, and by growing their own fruits and vegetables. His grandfather also tended their vines and made wine, along with their local moonshine which was nothing less than racing fuel. The seeds were planted for his curiosity about food and wine.

In 1977 his career began like any other good Greek Canadian, in the family restaurant. Ten years in the restaurant business gave John a strong foundation for working with people and listening to his customers. Painfully aware of the frustrations locals had by the limited selection of wines and indifferent service, John jumped at the opportunity to open Marquis Wine Cellars in 1986. Inspired by speaking with many of his seasoned wine friends and his readings John’s quest for knowledge began.

John has travelled extensively though Australia, Washington, Oregon, California, Italy, Spain, France and Austria, sourcing unique, flavourful, undiscovered wines. Even after 25 years his quest for discovery remains unabated. You will most likely find John in either one of three places, at Marquis Wine Cellars assisting his clients, in a vineyard or cellar somewhere in the wine world, or his most preferred location: at the local ice rink playing hockey.

Originally hailing from Ontario, where he grew up working on farms, Jon started at Marquis Wine Cellars in 2004 as our delivery driver/sales associate.  After a two-year period on the sales floor learning the store, our wines, and our clients, Jon moved into the office and took over our logistics, special offerings, and the running many of our events.  Over the years these roles evolved and Jon took on new challenges like becoming our head wine buyer in 2014 and becoming General Manager in January of 2019.  Since 2007 Jon has travelled to many parts of the world to source new and exciting wines for the store.  While most often travelling to France, due to his fluency in French, his travels also include trips to Italy, Australia, Washington, Oregon and California.  Jon also tastes extensively in Vancouver with importers and winery principles as they pass through town, as he is always on the search for the next great wine for the store.  In addition to his BA in History and Political Science from McGill, Jon’s formal wine training includes levels 1 & 2 of the International Sommelier Guild and WSET Level 3.  When not at work Jon is an avid reader, golfer, wine sampler and has been known to be pretty handy around a barbecue.

Robert joined the Marquis team in 2015 with the goal of building the best wine e-commerce experience in BC. After graduating from UBC with a double major in English Literature and Psychology, Robert spent a couple years teaching in Japan before returning home to build his career. He has worked in auto sales, purchasing, and digital design. After joining Marquis, Robert attained his WSET Level 2 certification and continues to manage the Marquis e-commerce web presence front to back. Since joining the team, Robert continually seeks the latest tech to boost online sales and improve user experience. He manages a dizzying array of apps, vendors, and analytics to form cohesive digital marketing strategies. When not perusing the latest tasting notes, he enjoys skiing, reading, and carefully curating his list of favourite dimsum and ramen spots.

Driven by equal parts passion and a desire to learn, Lindsey joined the Marquis team in 2017 after a decade as a practicing RMT. Her intention is to share her love of exploring and gaining a deeper appreciation of the world through wine. Lindsey has completed the Wine & Spirit Education Trust Level 3 Certificate and continues her wine education be it in books, online, or the much preferred hands-on approach. Outside of work Lindsey derives pleasure from reading, escaping into nature, and the daily adventures with her labradoodle, Maisy.